Your browser does not support JavaScript!

It is likely for someone to lose a lot in any Internet bidding by less than a full bid increment. When the winning bidder independently bid a small amount higher than the other bidders & a bidder is only required to bid at least the amount of the next highest increment and since no one knows what anyone's maximum bid, the current bid made by the new bidder will now become the actual maximum bid & one increment above what the other bidder has bid.

1. Why am I being outbid immediately?

Any bid placed by you on-line, that bid serves as a "secret maximum bid" also known as a "proxy bid". Maruauction house uses your secret proxy bid to compete against other bidders on behalf of you in the auction. This is done by raising your current bid to the minimum needed to win the lot, but not more than your secret maximum. The current bid on a lot shows only the next increment, however, may not reflect the actual secret maximum of the top bidder. If there is only one bidder, then the current bid will always be 100INR since that is the next lowest bid. However, the bidder's secret maximum bid is always hidden in the system and is competing for the bidder.

Example: If the current bid on a lot is 100 INR because no one has placed a bid and you then bid 10,000 INR, the current bid will be 200 INR. If no one else ever bids against you, you would win the lot at 200 INR - not 10,000 INR. If someone else bids 7500 INR, then the current bid will immediately increase to 7700 INR, the minimum bid required to win the lot, which is one increment over the next highest bid. The 7700 INR bid is your bid since your secret maximum is competing for you, and the low bidder would immediately receive an outbid notice.

A Bidder can simply put the desired amount in the "Secret Maximum Bid" box & click on place bid & by doing so he can bid the highest amount for the lot(s).

3. How to increase your bid?

Since you have already bided on our site for a particular lot it does not mean you can't raise your secret maximum bid for the same lot. By doing so you will not be bidding against yourself, however, you have simply changed your bid amount & the current bid - what the item would sell for if the auction ended immediately is then recalculated. You can increase your bid simply by bidding in exactly the same way you placed your previous bid.

This WILL also increase the current bid of the lot.

Bidding increments are shown in the table below.

5. How is Internet auction different from Floor auction?

Internet bidding differs the little bit from the actual floor bidding. Here, bidders need to either bid an amount equal to or greater than the next increment. It is also possible to win a bid with an increment of Rs 200.

When the auction ends, the person with the highest bid will be the winner of the lot. However, the actual selling price of the item will be the calculated current bid on the item, no matter what the actual high bid was. This allows a bidder to win lots for a lesser price than your maximum bid. The bidder's secret maximum bid will itself compete on his behalf until he (bidder) either wins the lot or is out bided. 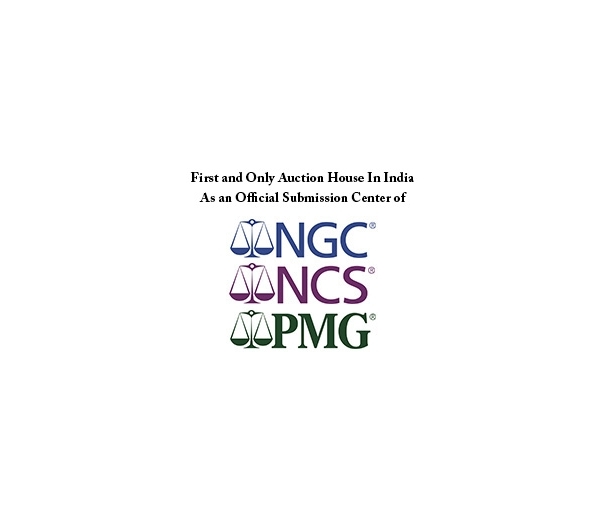